In 2012 the Salt Lake City Department of Airports began plans for the Airport Redevelopment Program to create a state-of-the-art airport experience at the Salt Lake City International Airport and secure its position as a global aviation hub for decades to come. Part of stakeholders’ approach to the project was to incorporate architecturally integrated artwork early on in the design to create a beautiful and enriching environment for their 20 million passengers each year.

In 2014, the Salt Lake City Department of Airports, led by then-CEO, Maureen Riley, engaged Gordon Huether in the project. Familiar with some of Gordon’s earlier work, Maureen appreciated his ability to create works of art that were highly tailored to the site where they were installed.

“We want to make sure that the Salt Lake City International Airport is a memorable experience.” Maureen states. “Gordon Huether has been engaged to incorporate structural art into the design. He has been working very closely with HOK, our architect, to really design art features that can be incorporated early on.”

Inspired by the Salt Lake City community and surrounding landscape, Gordon created several large-scale installations that draw the natural beauty of Utah into the new airport experience. His largest airport installation, The Canyon, reflects Utah’s slot canyon landscape and is installed on both walls (East and West) of the new main terminal. The installation spans 362 feet, roughly the length of a football field, using more than 2 acres of composite fabric, and the equivalent of seven miles of aluminum tubing. The entire work consists of over 500 individual tensile membrane fins.

From the onset, this project has been a close collaboration with the Salt Lake City Department of Airports and the airport’s architectural firm, HOK. In addition to creating structurally integrated installations, Gordon has been named Consulting Artist for the airport and has helped curate the airport’s art collection, working with HOK to map out where each of the 135 chosen art pieces are displayed in the new terminal. He also assisted in the selection of the art concepts for the Whimsy Walls, which adorn 24 restroom walls in the consolidated terminals, and designed and installed the new SLC Art Wall, located in the TSA screening area. Finally, Gordon led the refurbishment and reinstallation of existing iconic airport installations such as You Are Here, World Map, and Flying Machines in the new airport.

The Airport Redevelopment Program completely rebuilds the outdated passenger terminal complex and related facilities at the Salt Lake City International Airport. The effort replaces three aging terminals built 30 – 50 years ago with one large, modern building which has ample capacity for both the region’s local needs and the airport’s role as a major hub. The $4.1 billion project is being built in phases and is planned to finish in 2024. The first phase that includes the consolidated terminal is now complete and opened to the public in September 2020. Phase 2 includes the build out of Concourse A to the east with 22 gates, and construction of the Central Tunnel to connect A and B Concourses, and is expected to open to the public in 2024. Construction is being funded by several sources including federal grants, user fees, general airport revenue bonds, and airport reserves. No local tax dollars are being used.

We are honored to be a part of this exciting and monumental project, and to work alongside the Salt Lake City Department of Airports and HOK to bring the vision for the new Salt Lake City International Airport to life!

PRESS:
(10/12) Travel + Leisure –How Airports Are Promising a Better Future Once Travel Bounces Back
(9/27) Business Insider – Salt Lake City airport just opened a massive new terminal where passengers journey through a massive canyon-themed art installation to get to their gate – see inside

More press can be found on our Press page here: https://gordonhuether.com/press/ 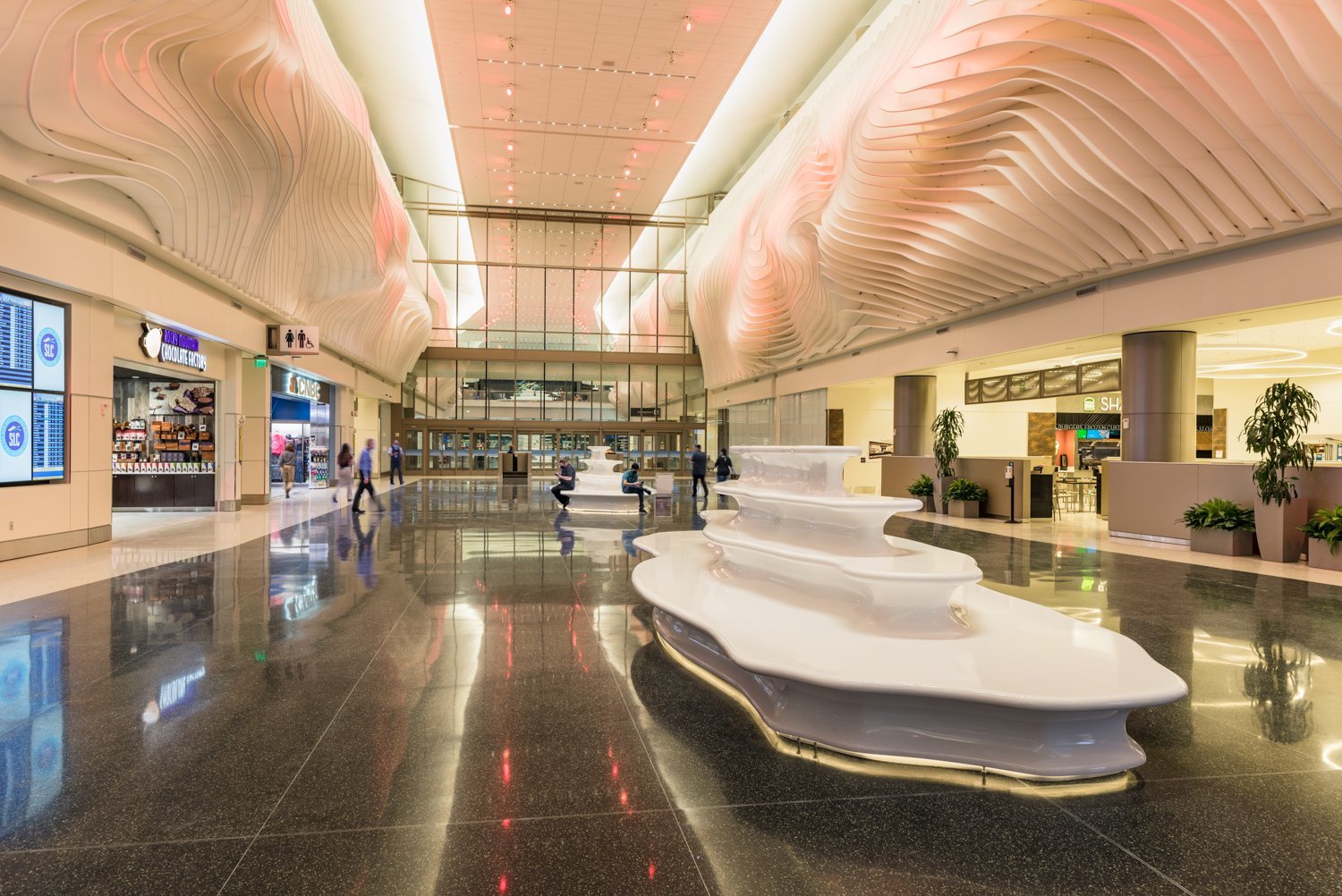 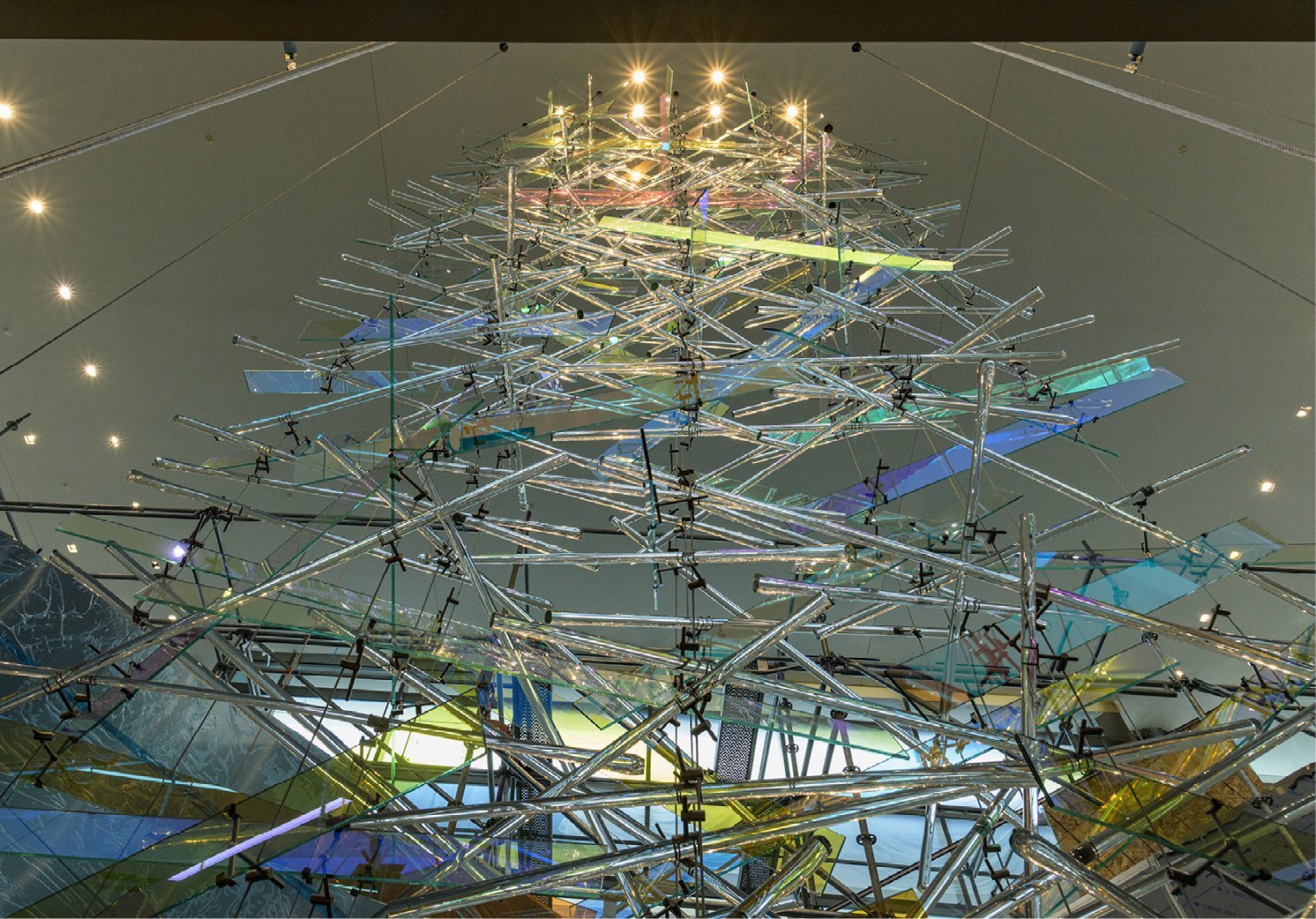 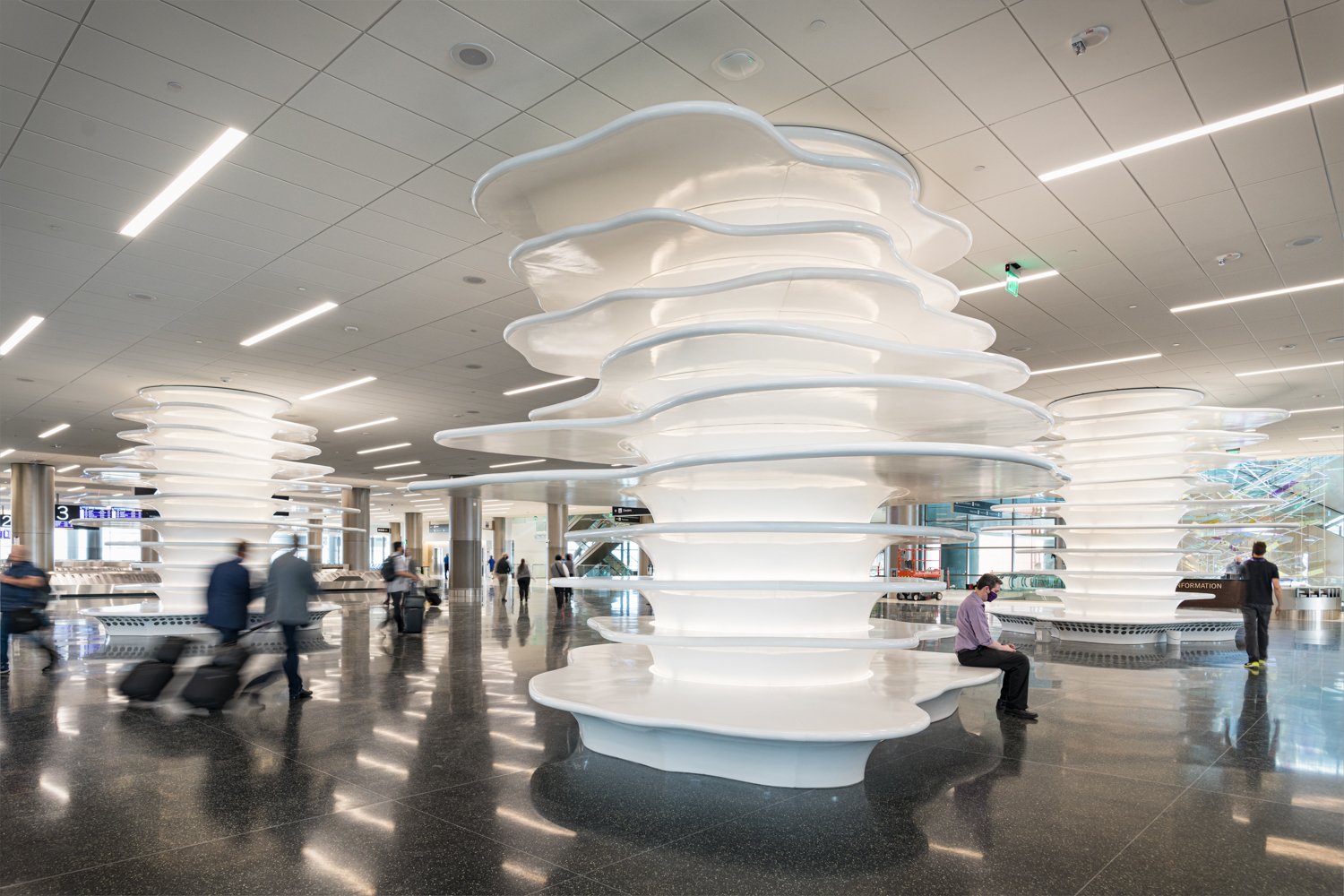 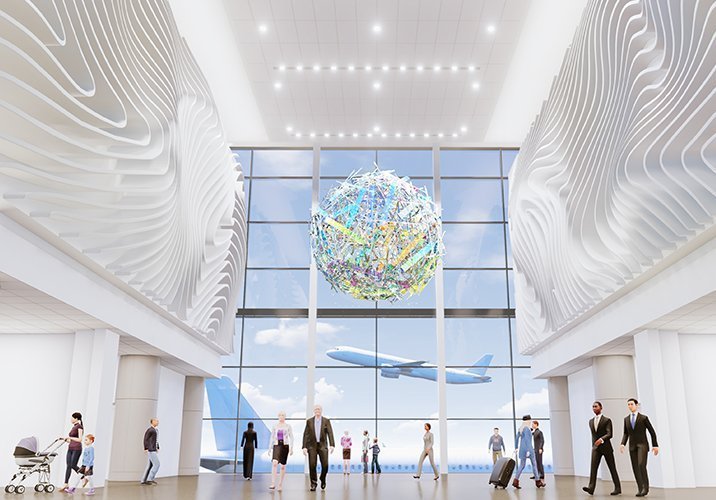 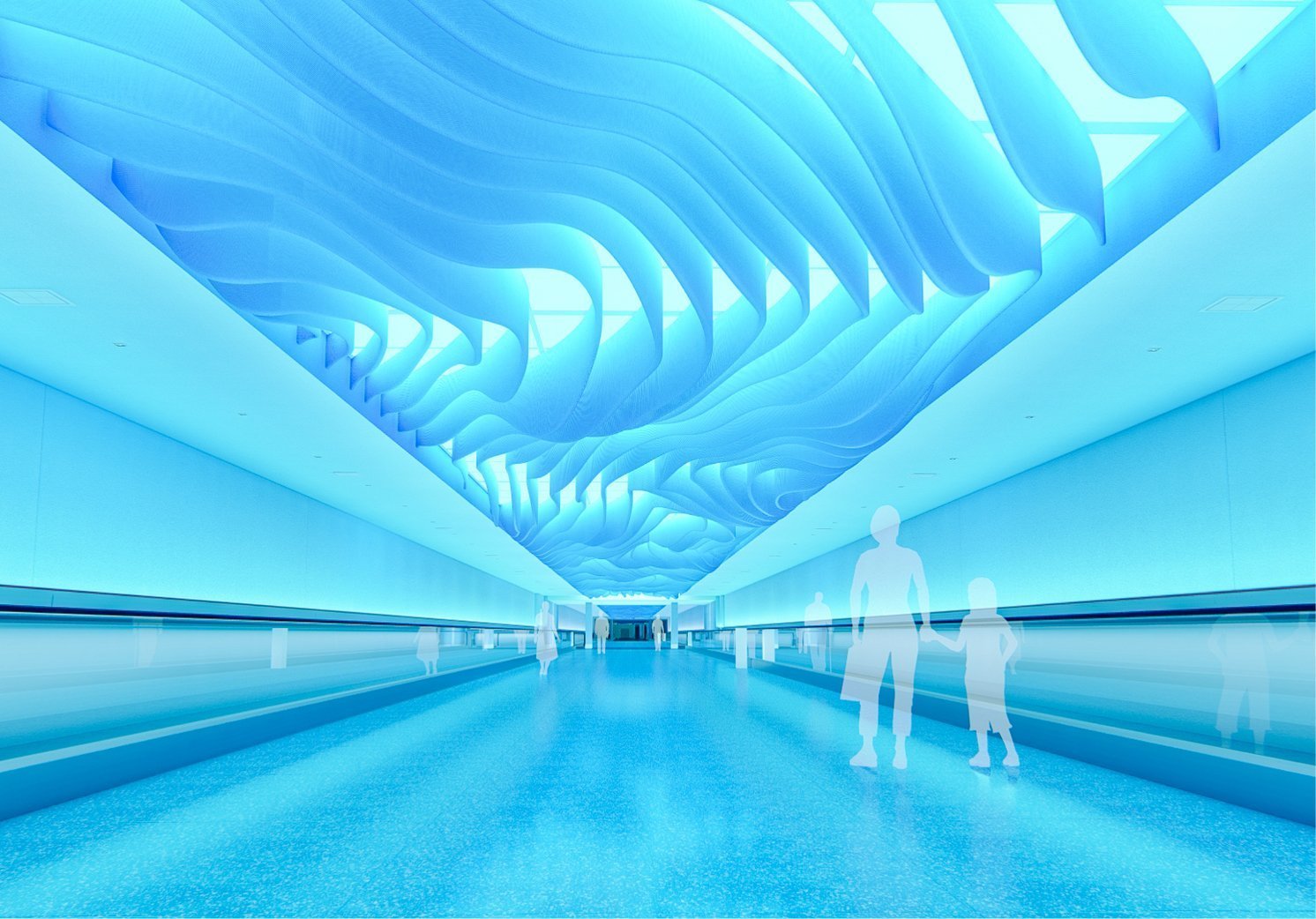 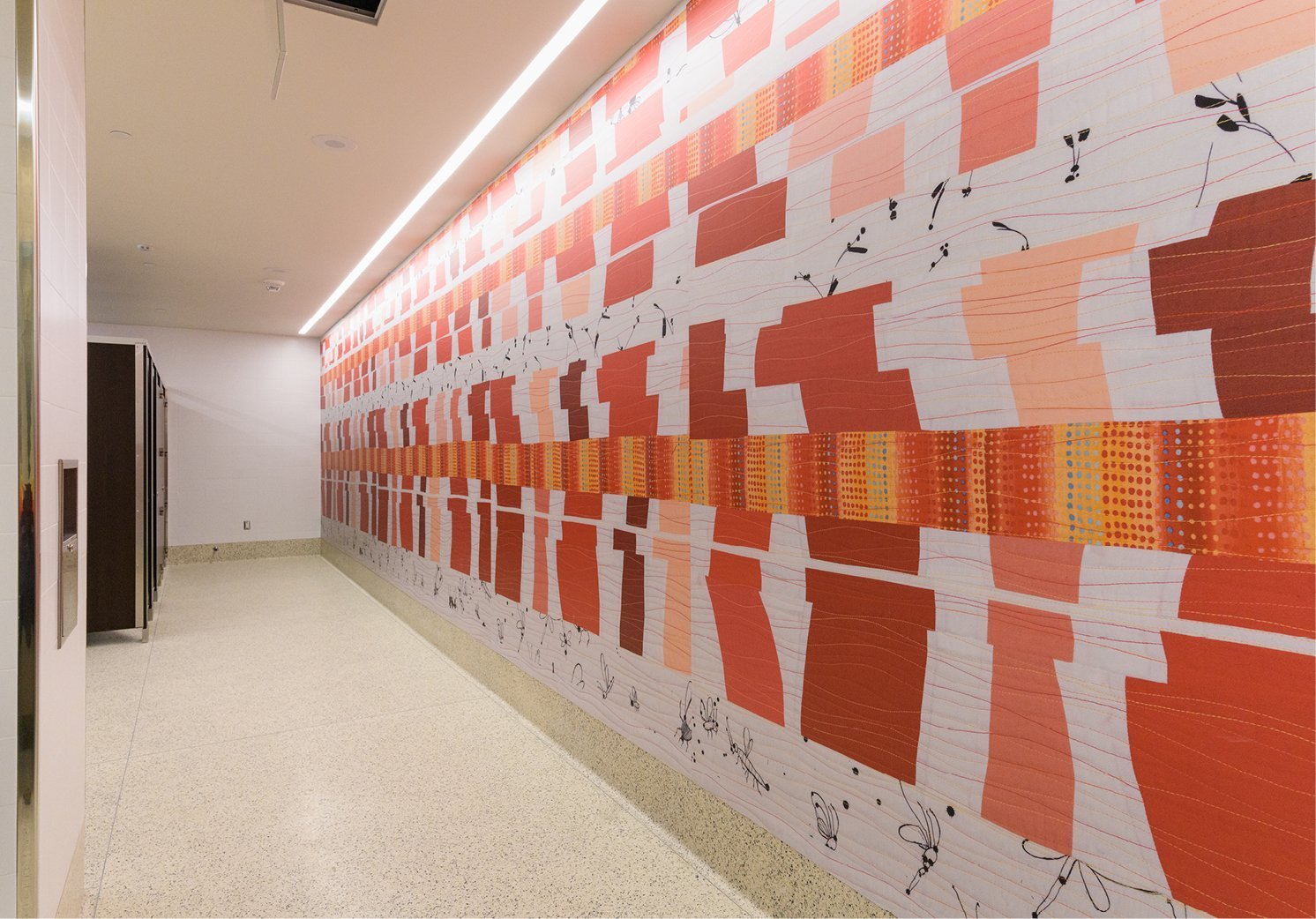