On Saturday June 10, 2017 nine major artworks, including a two-part installation by Gordon, commissioned for the recently opened “R” line, were dedicated by the City of Aurora, CO and the Regional Transportation District (RTD). The artworks represent a major partnership between the City and RTD and this new collection was one of the reasons that the NY Times named Aurora, CO one of the top 10 places to see public art in 2017. We’re delighted to be a part of this collection!

The dedication festivities were held at the centrally located Council Chambers at the Aurora Municipal Center. Aurora’s Mayor, Steve Hogan, was in attendance, as well as a representative from RTD, Chair of Aurora’s Art in Public Places Commission, Laura Noe, and many of the artists, including Gordon.

Gordon created two large-scale, dynamic freestanding sculptures for the new Iliff RTD Station and Garage. On the Move 1, for the station platform is 32 feet tall and fabricated with aluminum mesh screens strung with hundreds of anodized aluminum discs. The sculpture has a total footprint of about 10 square feet. The discs cast shimmering patterns and shadows of light due to the varying angles of the sun. In addition, the discs were deliberately placed in such a way that they create a faint but distinct sound pattern, caused by the lightest breeze.

The second sculpture, On the Move 2, marks the entrance to the parking garage, and is made of aluminum planks and dichroic glass discs hung on hinges that enable them to move gently back and forth. The 12-foot sculpture features five dichroic discs that are arranged between pairs of aluminum planks of varying heights. Light transmitted through the dichroic surface will appear one color, and light reflected from it will appear as a complementary color. As the angle at which the dichroic is viewed changes, the color that is transmitted and reflected also changes. Recurring components such as aluminum planks of varying heights as well as the moving discs were used to create a visual and thematic connection between both sculptures.

The inspiration for both sculptures is the striking Rocky Mountain landscape. “I looked to the mountains, not as a motionless phenomenon, but as a constantly “shape shifting” presence in the lives of Aurora citizens. The sun setting at dusk or shining at noon, snow accumulating on the mountain ridge or storm clouds gathering on the horizon, all of these occurrences have a profound impact on the appearance of the mountains. My goal was to invoke this phenomenon by creating sculptures that also seem to transform in response to natural elements, like sunlight, wind and weather.”

Roberta Bloom, Aurora’s Public Art Coordinator stated, “The city is delighted to be adding two works by the award winning Gordon Huether to their collection. These two pieces are unique in the way that they actually harness environmental elements such as the sun and the wind to bring the sculptures to life.” 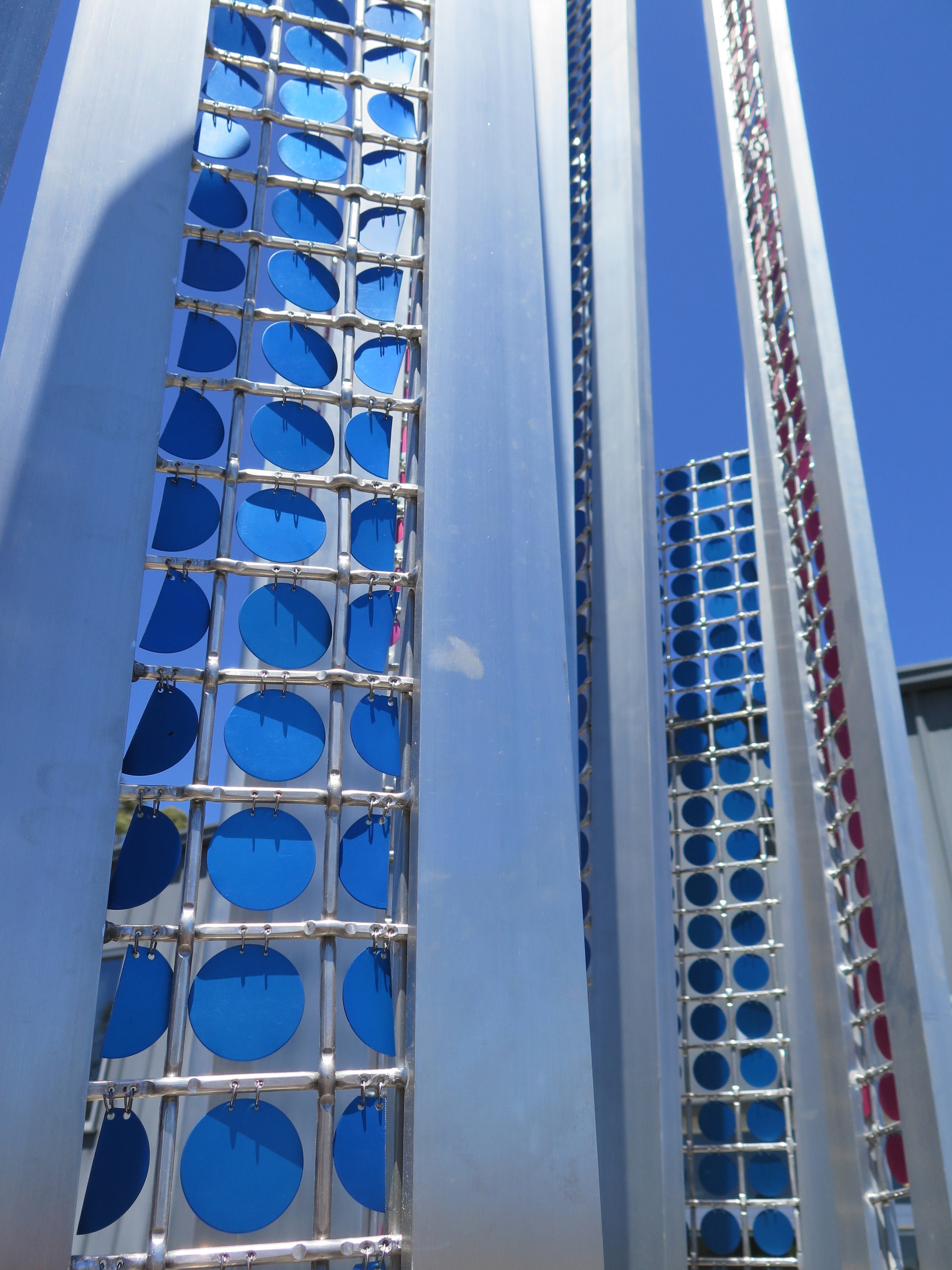 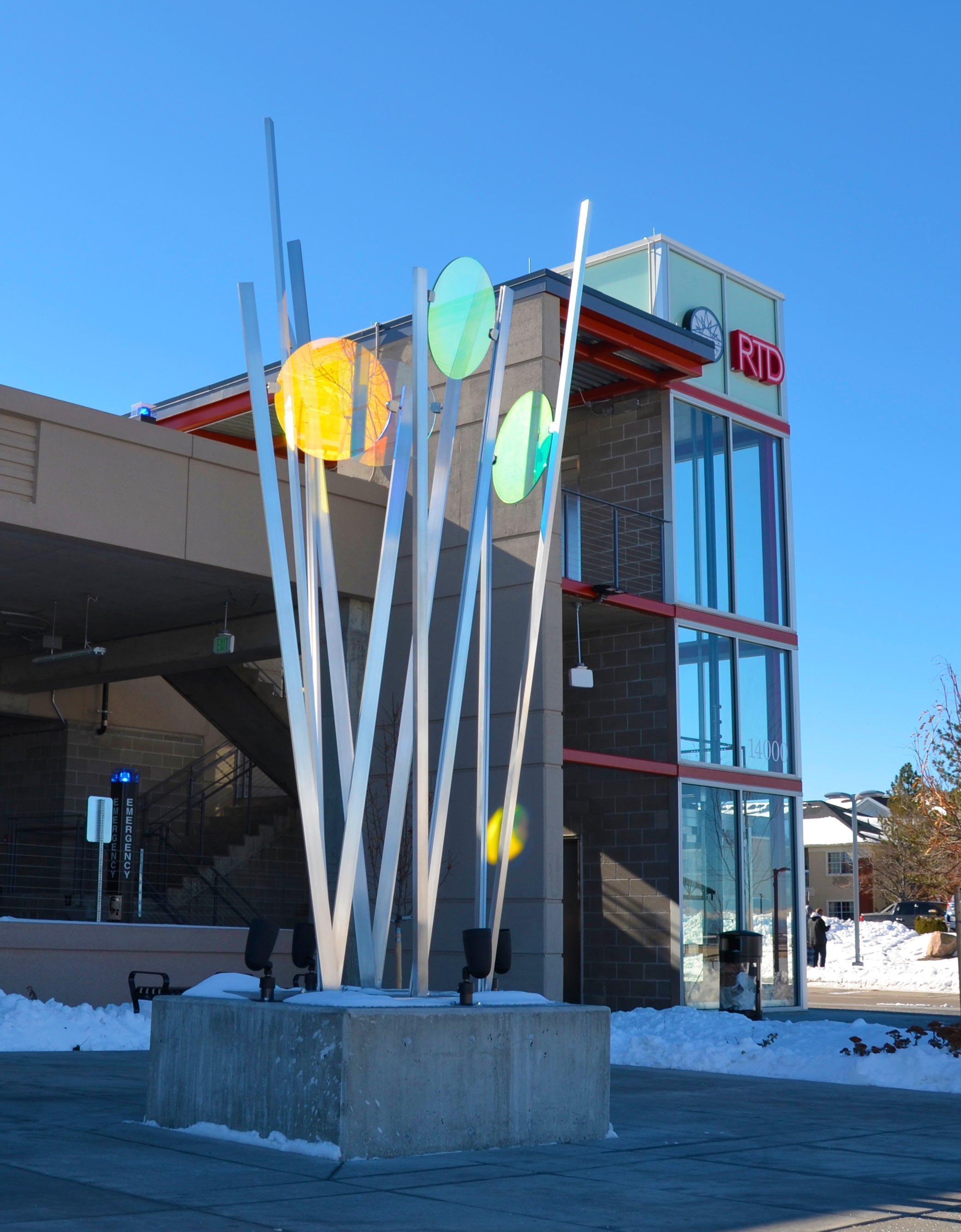 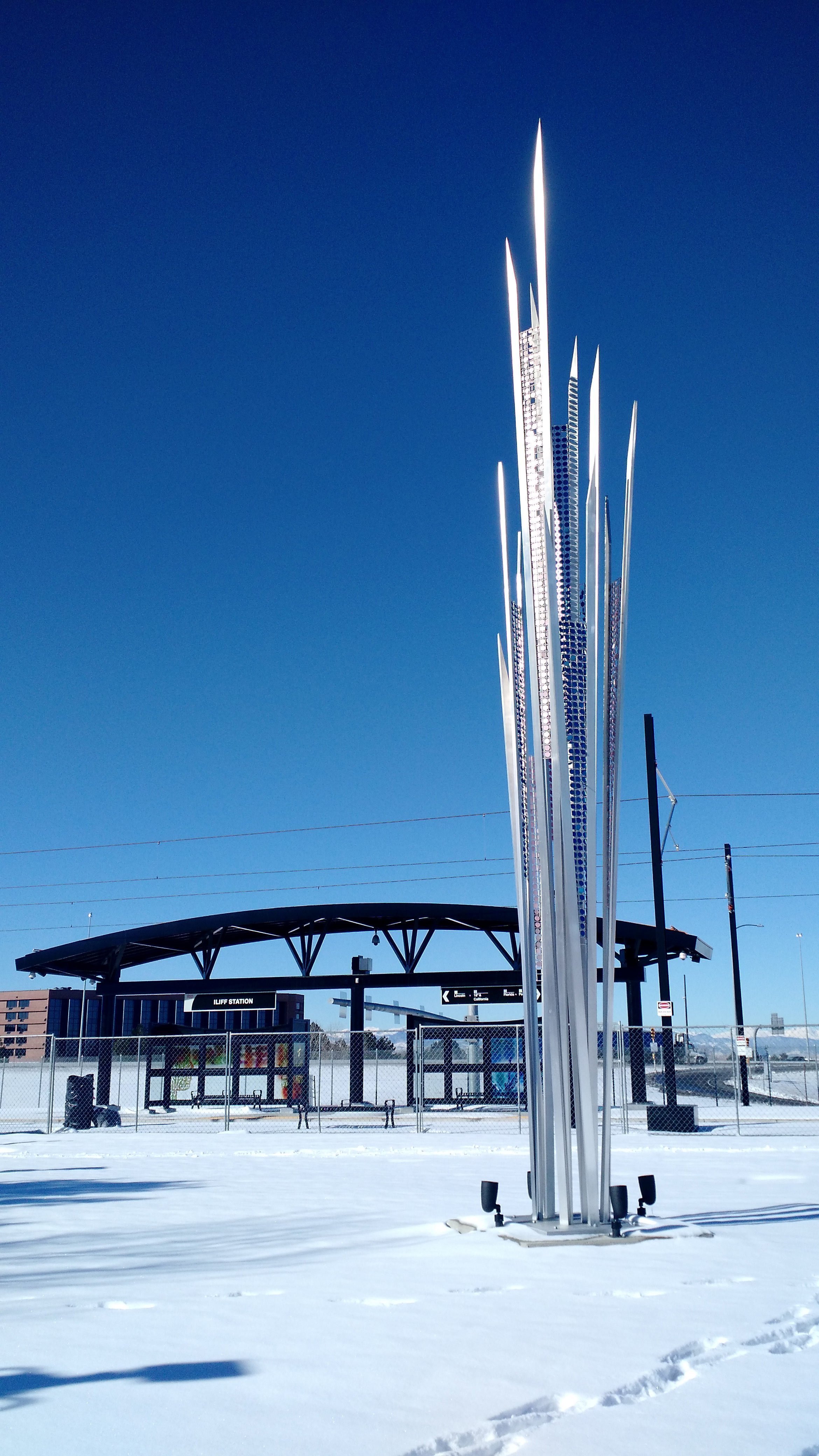