Dent, a community of entrepreneurs, technologists, executives, investors and creatives who are “driven to put a dent in the universe” invited Gordon to speak at its 2018 Conference, which took place February 4 – 6, 2018 in Yountville, CA. Gordon was one of 17 industry leaders speaking at this year’s annual gathering.

Gordon’s presentation Up We Go! was an overview of his personal history and the factors that have contributed to his successful 30-year career as a public artist. By describing his process in creating large-scale, site-specific public art, including the Yountville public art installation also entitled Up We Go!, Gordon demonstrates how his work “dents the universe” and has a meaningful and enduring impact on viewers and environments. Gordon also discussed his current collaboration with the Salt Lake City Department of Airports on its $1.8 billion Terminal Redevelopment Program, scheduled for completion in 2020. 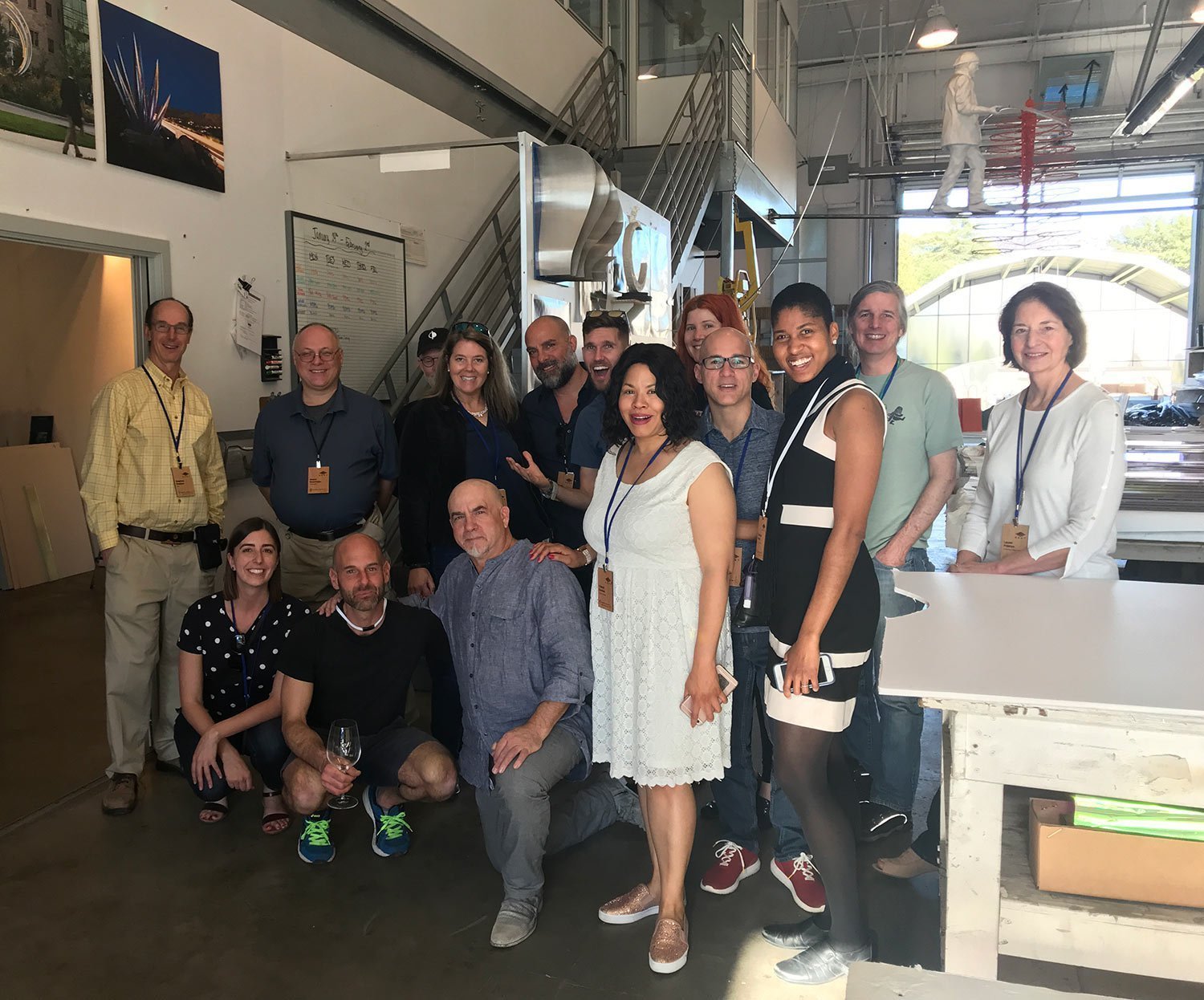 Gordon also discussed his current collaboration with the Salt Lake City Department of Airports on its $1.8 billion Terminal Redevelopment Program, scheduled for completion in 2020. By presenting past projects and current and future collaborations through the lens of Dent’s six thematic starting points: Vision, People, Design, Process, Focus and Alchemy, Huether explored the connections between his own personal mission “to inspire humanity by bringing beauty into the world through art” with the Dent community’s vision of making meaningful and progressive change in the world.

In addition to his presentation on Tuesday, Huether welcomed a group of about 15 Dent Conference attendees to his Studio on Sunday, February 4. Huether led this lively and engaged group through the gallery’s display of his fine artwork and public art maquettes and provided a tour of his 15,000 sq. foot fabrication studio. 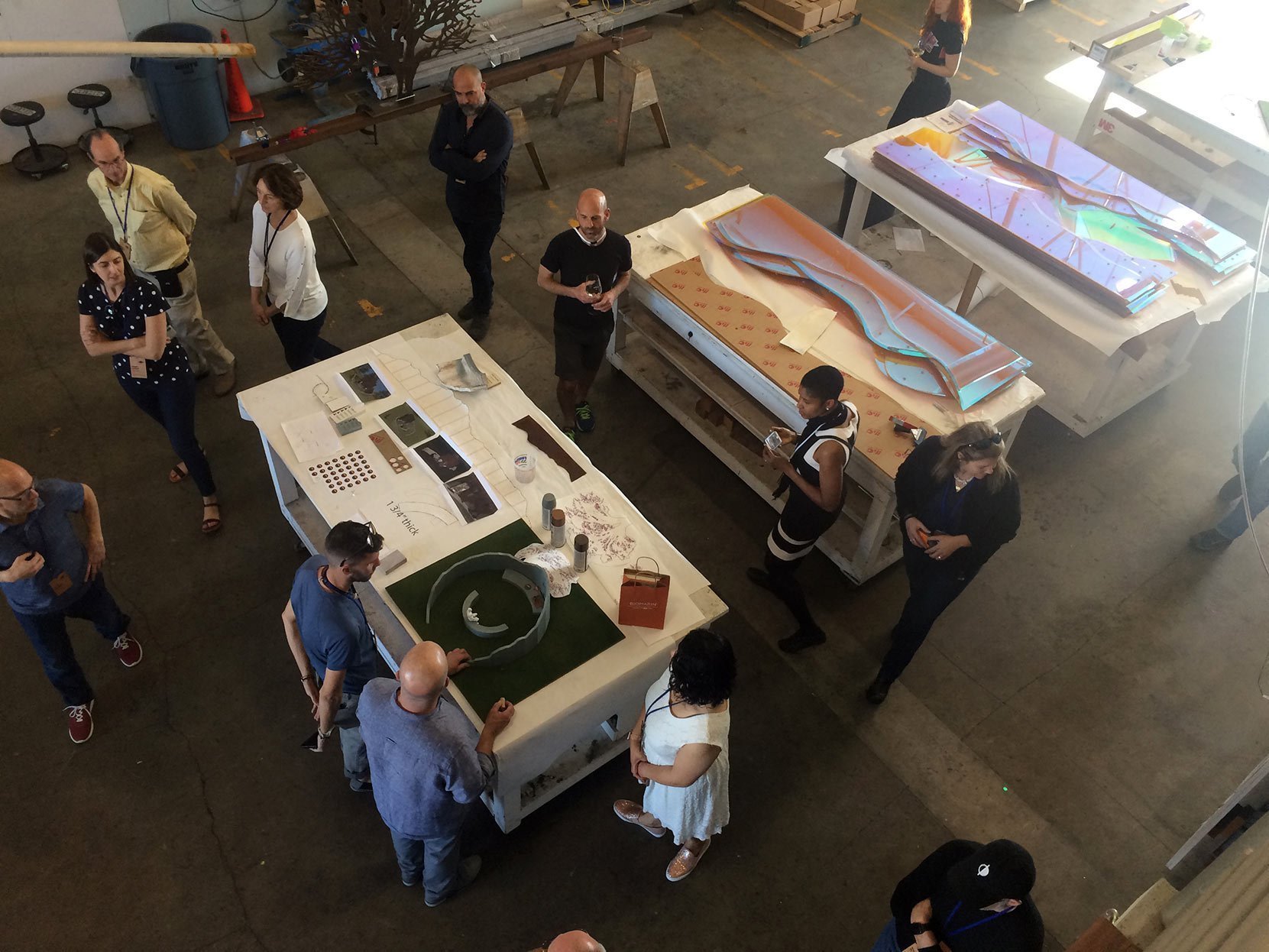