We’re excited to announce the upcoming solo exhibition “Public Art + Private Treasures” at Art Ventures Gallery in Menlo Park, CA, July 8 until September 6, 2017. Gallery owner Katharina Powers approached Gordon late last year in an effort to create a show that not only showcases Huether’s fine art work but also touches on his large-scale, site-specific, permanent art installations. The exhibit will kick off with an artist talk on July 12, 5-7PM!

A collection of Gordon’s work will be on display at Art Ventures Gallery from July 8th until mid September 2017. The exhibited work is a reflection of the artist’s diversity and showcases his fascination with light, color, repurposed materials and the perfect composition.

Art Ventures Gallery in Menlo Park exhibits works by emerging and established local, and international artists. The gallery also offers an artist residency program in St. Helena, CA, which gives artists the space to be creative in a unique setting so they can produce fresh works with a Pacific-Californian state of mind.

With the gallery located on Santa Cruz Avenue in Menlo Park close to Atherton, Katharina Powers, gallery owner and director, wants to bring fine art to all the citizens, and, therefore, also cultivates public art. Her fourth exhibit is a public artist who shows smaller art works in the gallery in July and August. On July 12, from 5-7pm Gordon Huether will give an artist talk about his fine art, public art projects, and visions.

Many of his pieces are intended to remind us of the temporal character of man’s achievements and the awe-inspiring forces of nature. This precept directly connects to the contrast of the analog versus the digital world. Huether’s work touches both realms: the many facets of beauty found in nature and the complex, diverse existence of humanity’s technological advancements. 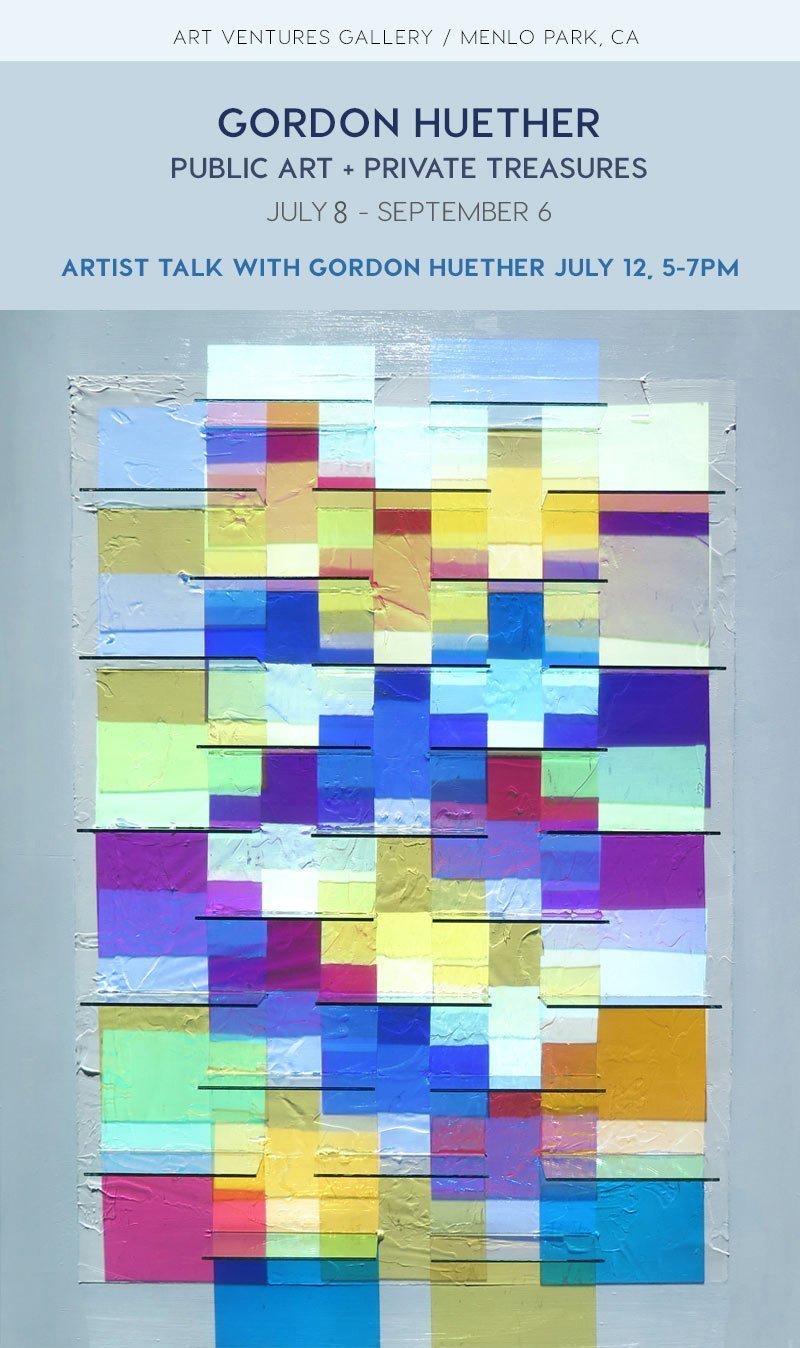