Our temporary sculpture exhibition at Bottlerock Napa Valley was a great success! The ‘Hand of the Land’ received an extraordinary amount of attention at this year’s 3-day, nationally acclaimed music event and greeted an estimated 40,000 people each day as they entered the festival grounds!

On Memorial Day weekend, The ‘Hand of the Land’ welcomed an estimated crowd of 120,000 people as they poured onto Bottlerock’s festival grounds at the Napa Valley Expo on 3rd Street in Napa, California. Visitors not only came to enjoy the music, but also to explore Napa Valley’s and the Bay Area’s best libations, culinary offerings as well as a one of a kind temporary sculpture exhibit.

Gordon’s artwork lent itself perfectly to many selfie opportunities as well as social media ativity and added a dynamic, vibrant and colorful twist to the event.

Festival organizers approached Huether several months ago with the idea of staging a temporary exhibit of his work. “BottleRock reflects the best of Napa Valley, pairing great music with the amazing wine, food and weather for which the Valley is known,” stated Justin Dragoo of Latitude 38 Entertainment. “For our art program in 2017, we wanted to continue the theme and feature Gordon who is perhaps our area’s most renowned artist. He is internationally acclaimed but makes his home here in Napa. The Valley is lucky to have Gordon as one of our own, and we are thrilled to showcase his work at the festival.” 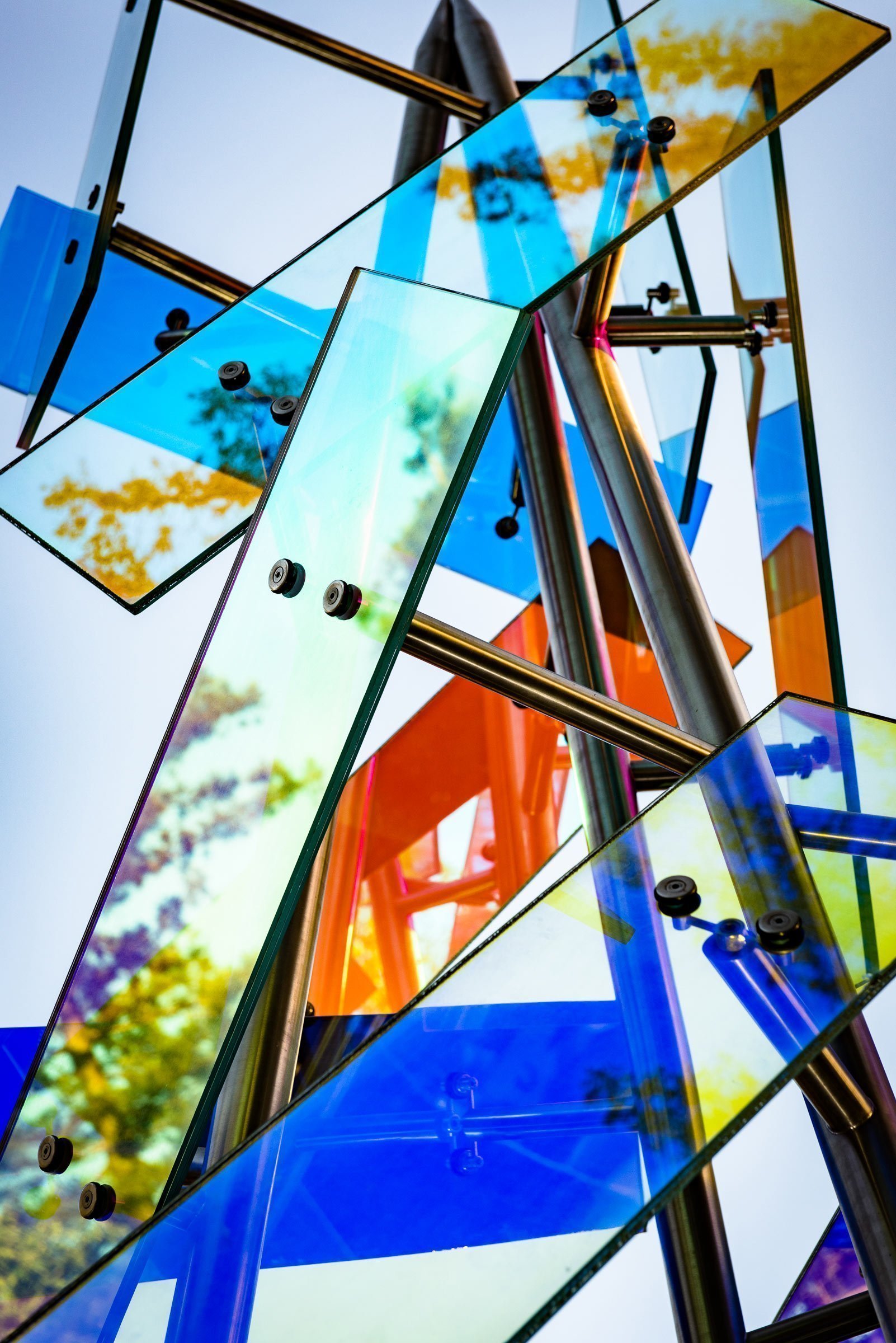 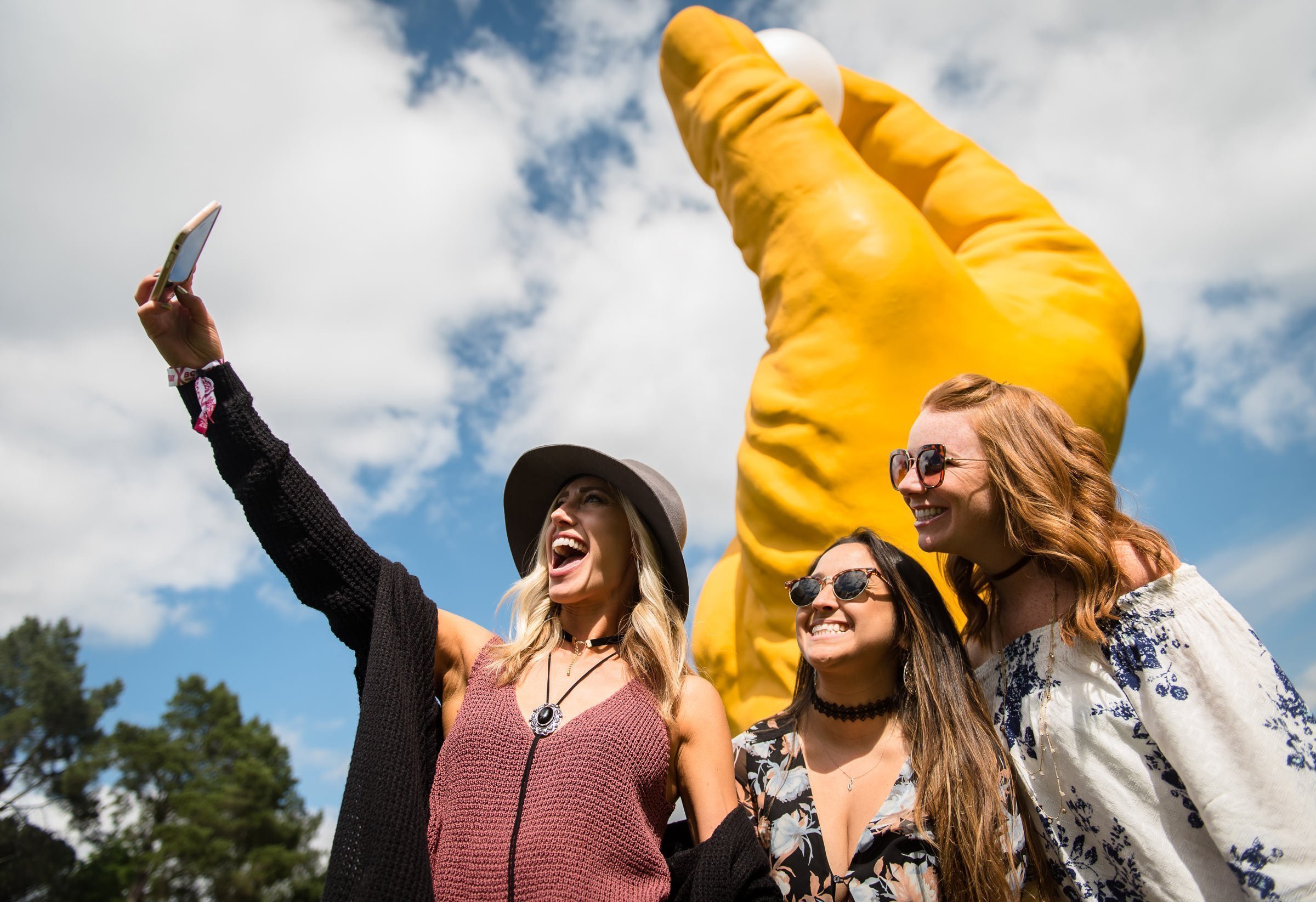 Huether’s response to the invitation was enthusiastic. “Combining fine art with music seems like a no-brainer. Visual, two- or three dimensional artistic expression has always been a part of music – the most apparent example is the classic vinyl LP cover – and simply puts additional emphasis on the artist’s message How cool is it be part of such a major event in my own backyard? BottleRock brings together so many artists in so many genres, plus music, food, wine – it’s an honor to be included in the festival.”

The six artworks on display – Hand of the Land, Red Head, Silver Twist, Colorspheres, Barrel Ring (4 Colors) and Reflections – are just a small sampling of the 200+ inventory of Huether’s public and private art commissions and fine art practice. The ‘Hand of the Land’ is now on display on the grassy knoll in front of Huether’s studio on Monticello Road, welcoming visitors and locals alike. 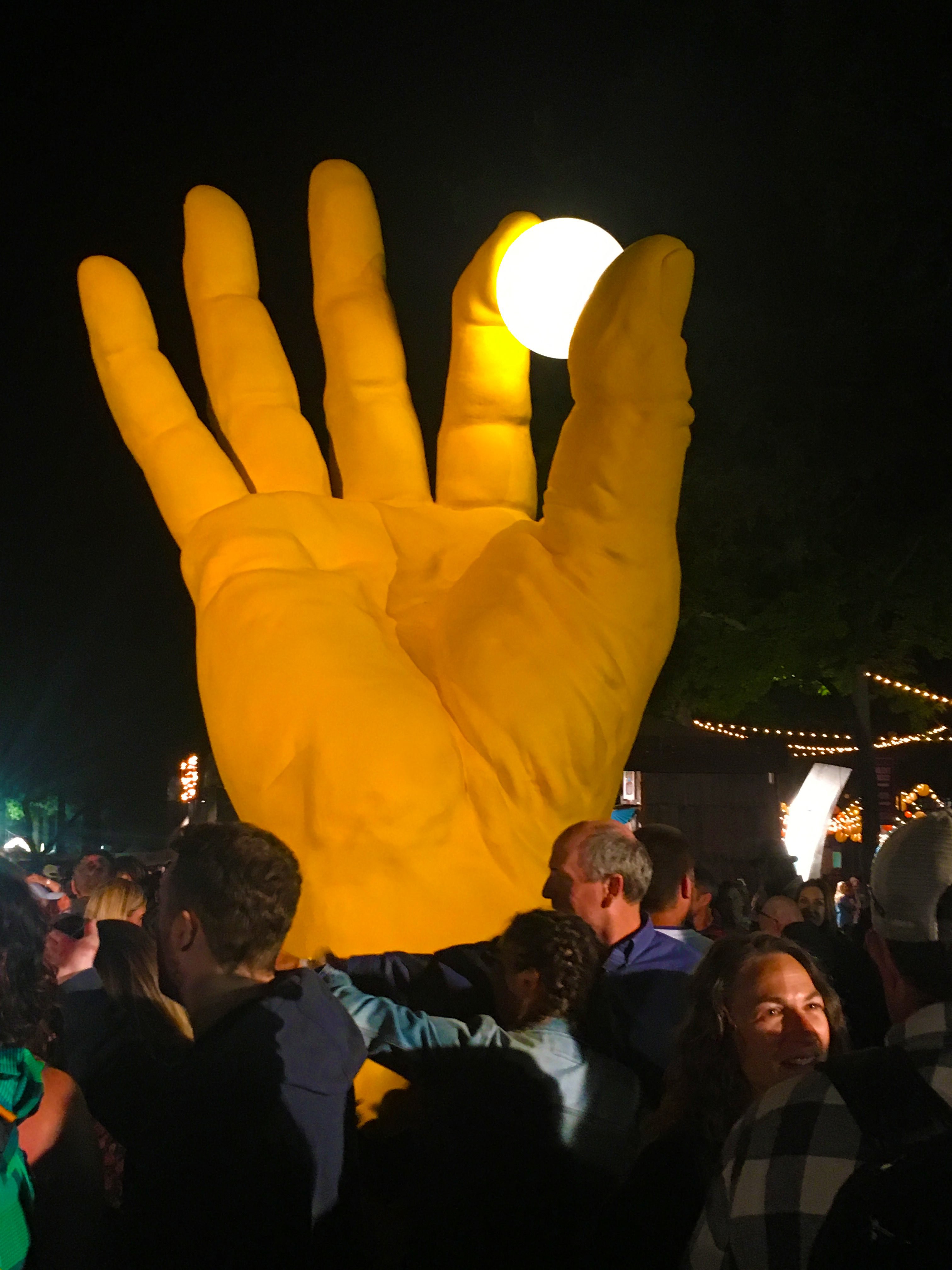 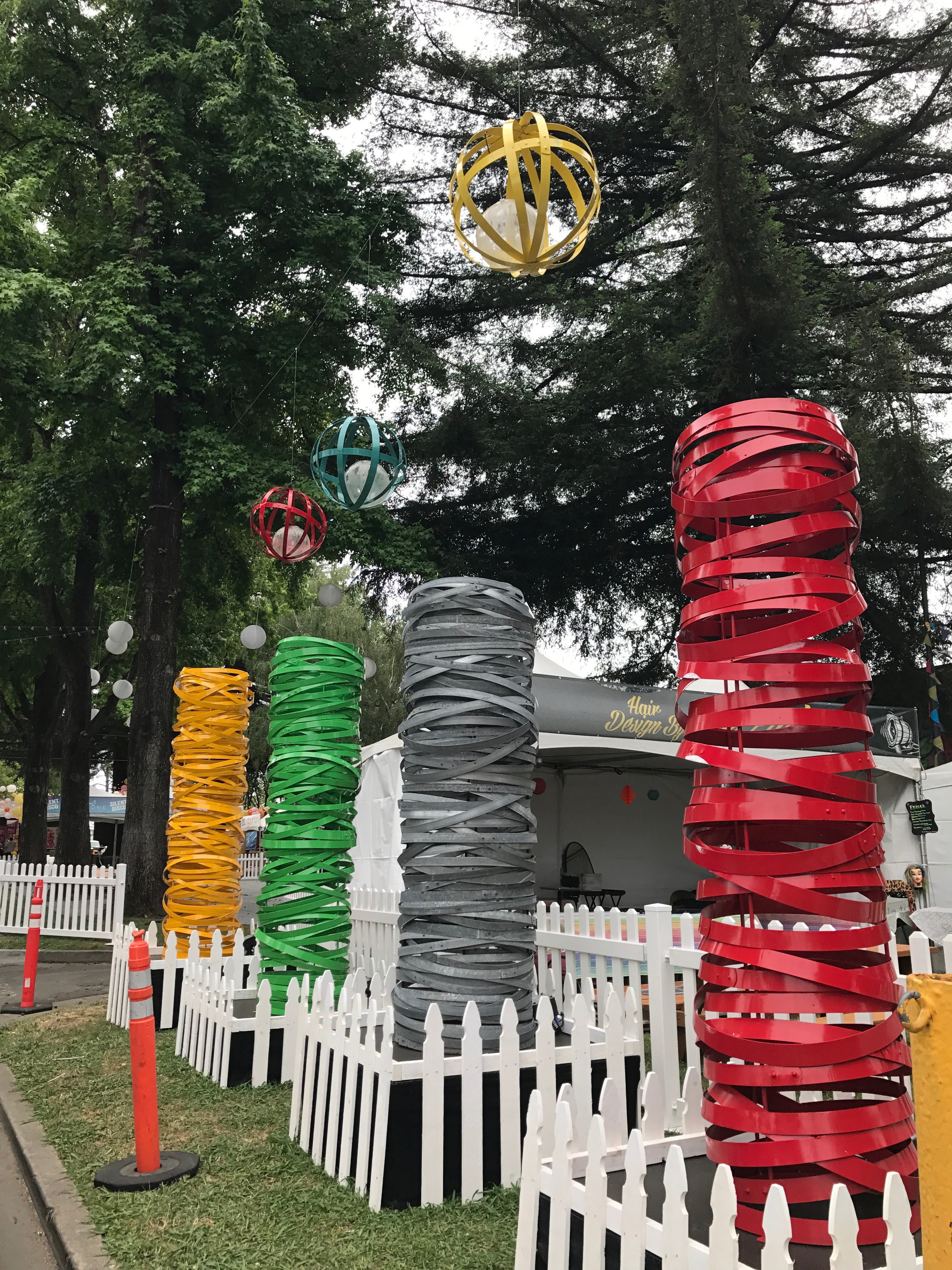