Working within the same aesthetic framework as the Sheet Metal Series, Huether’s Salvage Series is comprised of twelve works combining distressed metal, translucent glass, and found materials which the artist has manipulated with techniques including cropping, drawing or painting, and collage. The use of frosted glass, partially obscuring the mysterious elements beneath, will resurface in Huether’s later work – such as the Veiled Nature Series. Earth tones of ochre and umber, and a deep, oxidized reddish brown are prevalent, along with a background shade of white or silver which emerges in varying degrees.

Numbers 3 and 4 in the series use thick vertical bands of red oxide as a dominant compositional device; frosty etched glass overlaying light-refracting dichroic balances the vertical with a long horizontal slice. The surface of the metal appears rough, pocked and eroded, offering a nice contrast to the cool, icy appearance of the glass. Evoking a suggestion of a natural environment, cobalt blue plays a major role in #11. A long, horizontal format is broken into a series of narrow vertical bands, alternating blue and silver. Rusty patches where the paint has eroded are scattered across the surface, vaguely suggesting a Mercator projection of the globe. On the left side, a grid of symmetrical crosses asserts a strong presence, with a range of associations including grave markers, religious symbols, and “plus” signs, also harkening back to Huether’s interest in icons and his invention of a personal vocabulary of symbols, as explored in his Black and White Icons. 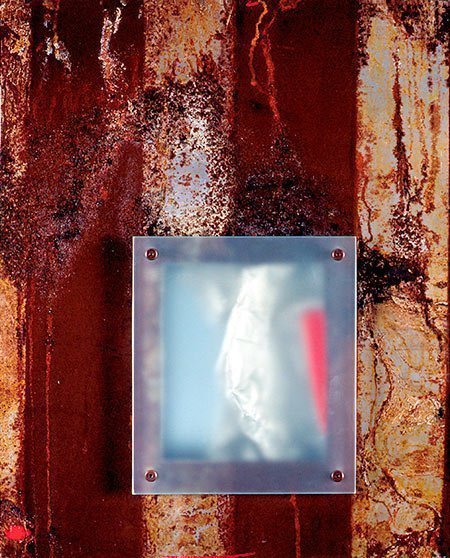 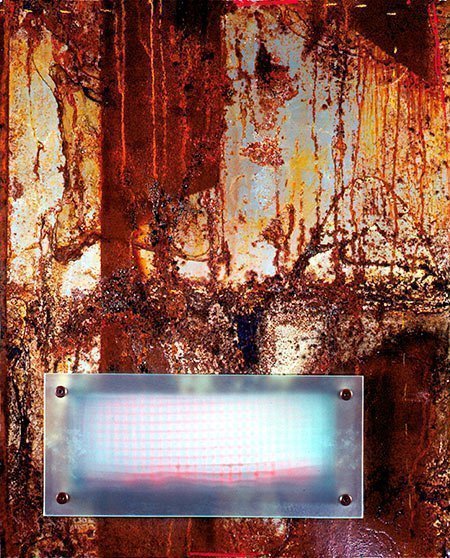 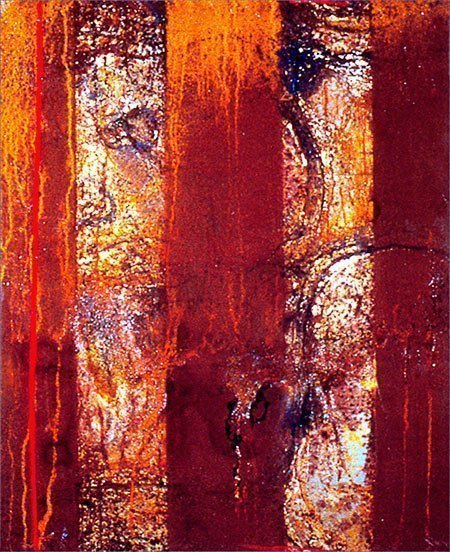